Students search for spaces to talk and do homework as class sizes grow. 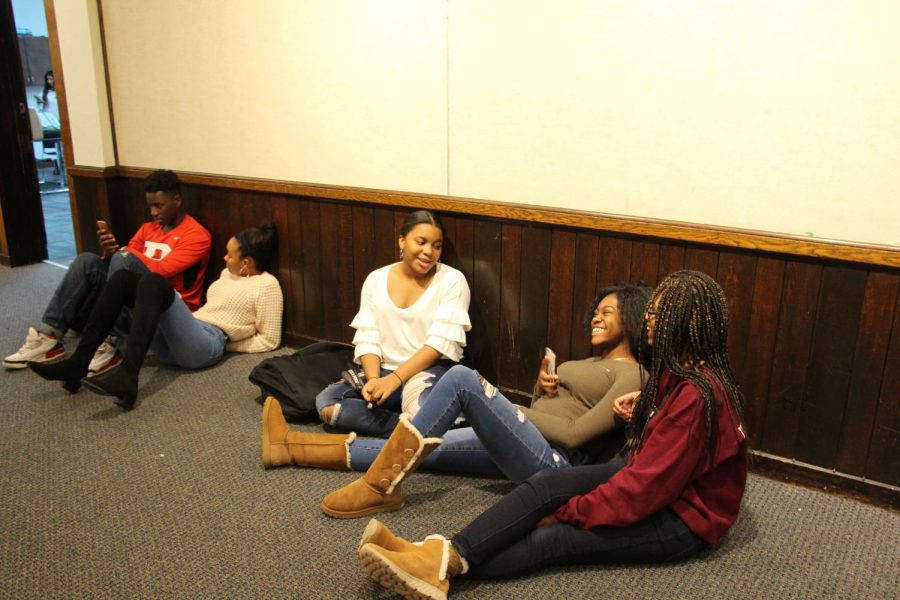 Walking down the library hallway has become a journey within itself. On one side of the hallway, students spread out leaving no bare wall, their legs and personal belongings occupying the walkway. On the other side, groups of kids crowd around each other on their way to class, making it virtually impossible to pass.

The lack of student space in Poly has become an increasingly prevalent issue. The number of students in the freshmen and sophomore classes, 134 and 132 respectively, are greater than in previous years (the juniors and seniors only consist of about 115 students per grade). Despite the growing class sizes, Poly has not expanded the spaces students can use throughout the day.

At any given time during the day, dozens of students can be found in the library. It is customary to have to fight for the limited amount of chairs and table space. If there is not enough space, folding chairs are taken out to accommodate the remaining students. This issue is only fueled by the “Comfy Room,” a space designated as a study area, as well as the computer room and reference room, other work spaces, being closed for classes. Students are forced out of the numbered spaces they are given to study and complete assignments.

The school day should not only be about intense studying and work. Students should have the opportunity to take a break and relax between their classes. Allison Bean, one of Poly’s resident librarians, said, “The students work hard all day and they should be able to find a space to let loose a bit. The library is not that space, and the student center is not sufficient.”

The student center is another issue within itself. It spans a much smaller area than the library and is often filled with students. The student center, deemed a place for students to relax and let loose, is too rowdy because of the limited space. Although new rules have been implemented to maintain order, it is easy to find garbage and forgotten schoolwork, creating a disorganized and unappealing space. Junior Kayla Nejat, a Student Government representative and member of the Student Life Committee, is part of the team of faculty members and students working to solve the issue. “We have discussed different initiatives we could have to make students more inclined to clean up the student center,” she said.

There are other places in Poly students have the option to go. If the quad, fields and oval are open and the weather is permitting, students have the option to go outside. This seems like the simple solution, but during the winter months of the year it becomes considerably more difficult to use this space. Reflecting on the committee’s last meeting, Nejat said, “We opened up a lot of outdoor options, but they aren’t helpful in combating the problems we currently have during the cold months.”

All hope is not lost, though. “During our meeting we discussed different options, like using the second and third floor of the Novogratz building and the room outside the art rooms,” Nejat said. “While some complications like noise and supervision did arise, it was a pretty successful meeting for getting the ball rolling.”