No Gaming, No Streaming, No Exceptions 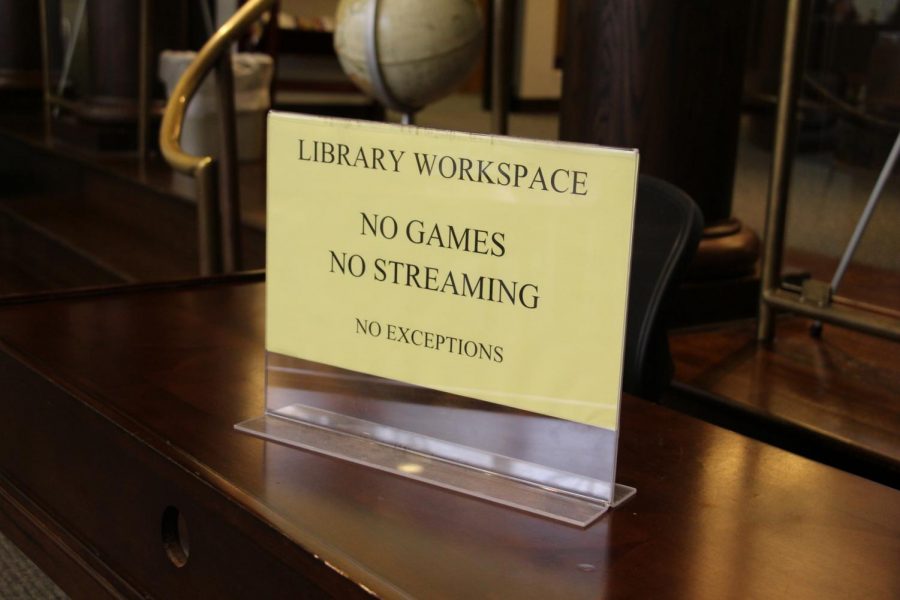 Looking back on these last few years at Poly, it is easy to see how much the school has changed. One of the most obvious changes, or perhaps the most abrupt and shocking, was the decision to block Netflix. The Netflix ban went into effect on January 16, according to Director of Technology Charles Polizano.

But why was the streaming site cut in the first place? According to technology department member Michael Rosenberg, “People were complaining that they didn’t have enough time for work and school and such, but they spent all their time on Netflix, so we eliminated the problem.”

In fact, approximately 50 percent of the bandwidth from the PolyGuest network, the network used by all of Poly’s students, was to Netflix. This means that about half of the data flow to user computers was from Netflix, a substantial amount considering the wifi is meant to be used to support student learning.

Although the decision to remove the distraction was made with good intentions, many students were upset with the technology department’s decision to block the streaming service.

“It’s unnecessary to have it blocked. People need to be responsible in class, focus and not watch Netflix,” said sophomore Nyla Welch. “With Netflix gone, kids are going to switch to other sites like Amazon Prime.”

While Netflix may be gone, other streaming sites such as Hulu and Amazon Prime remain.

Television streaming websites are not the only way students spend their time. Social media sites like Instagram and Twitter stay unblocked, and as long as these platforms are available, there are opportunities for students to distract themselves.

As always, Poly pushes constructive use of free time and encourages students to get their homework done in any free periods. Some students are angry, nonetheless, that the ban prohibits them from actually getting their work done.

“Recently, Mr. Shea assigned us a film to watch about the aftermath of the fighting in Cambodia on Netflix for homework,” said sophomore Nick Perez. ”Thanks to the Netflix block, I was unable to watch it on Poly’s campus.”

That being said, Netflix is only turned off during school hours. Some students, like freshman Gauri Purohit, said that intervention may not be the most effective way to go about supporting learning.

“There needs to be a certain amount of trust that comes with the computer, and it is up to the student to decide how to manage their time effectively,” she said.