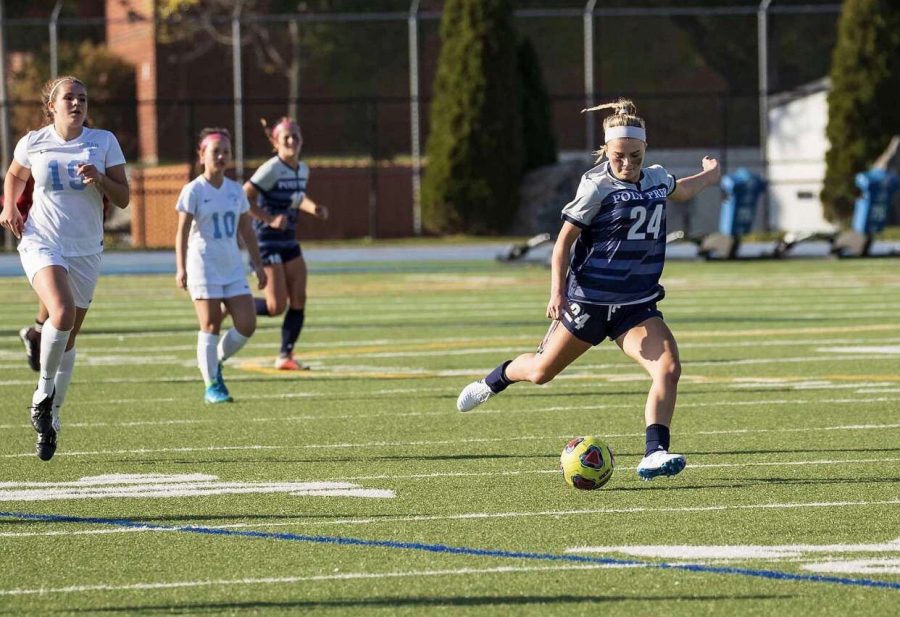 Urban joins the ranks of the best soccer players in the country.

Sydney Urban, a recent soccer commit to the University of Florida, has been chosen to be an All-American. The All-American team is a group comprised of the most experienced soccer players in the country. With only a few dozen players, it is not an easy feat to be among this elite group. After over a decade of playing, this reward is well-deserved for the experienced competitor. Sydney is known within the soccer community as a fierce and strategic midfielder and has received local as well as national recognition in the past. She played for Poly’s varsity team during her freshman and junior years but was unable to as a sophomore due to requirements from her academy team, the Player Developmental Academy or PDA. Over the years, Sydney has risen to the top and is currently one of the best members on the most elite team that PDA has.

Sydney began playing when she was just five, following in the footsteps of her older sibling, Hayley, who also loved the game. Sydney saw the speed and the energy of the sport and knew that she too wanted to take part. She quickly realized that she had talent that few others possessed, even at such a young age. Her coaches encouraged her to continue to play, having seen her potential and encouraging future. Sydney has a unique set of skills that she utilizes, including an innovative eye for playmaking and an ability to expand her team’s sphere of attacking strategies.

Sydney is receiving this award because of her outstanding achievement on the field. “I am so honored to have been chosen for this opportunity,” she said. “Soccer is a part of my life that I am so passionate about and it feels amazing to have gotten this far. I appreciate all the support from my family, my coaches and my teammates. I am so excited!”

For these reasons, the Poly community, especially her coaches and teammates, is not surprised that her love for the game has carried her this far. As one of the most heavily recruited athletes in her age group, Sydney was destined to become one of the most elite players in the country.

Poly’s girls’ head soccer coach Kristin Cannon had this to say about her player. “This is an amazing award not only for Sydney and the team but also for Poly. It is a true testament to her work ethic, her ability to win, and her commitment to her teammates. I am not only excited to have won the first state championship for Poly with Sydney at the front of the pack, but for her to also be recognized at the National Level.”

We wish Sydney luck as she advances to this impressive level in her career.