A Generation at Risk 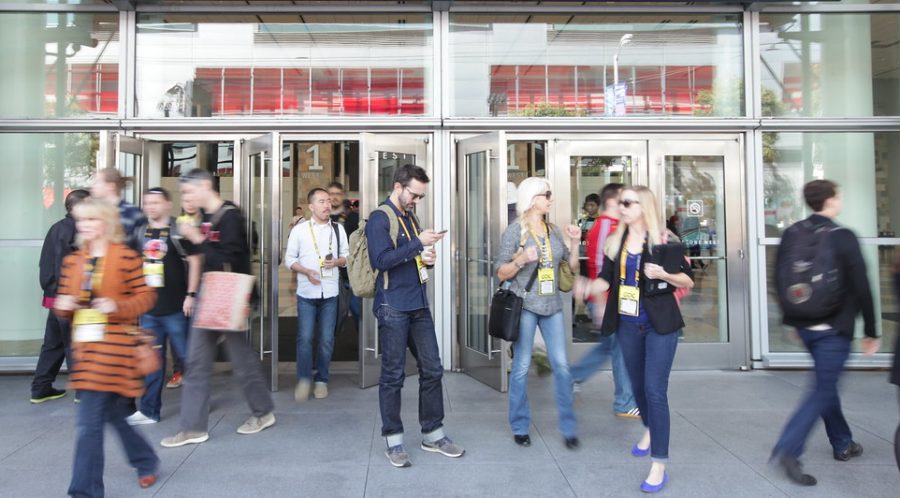 Between the growing popularity of catch-phrases like “Ok boomer” and “Generation Yawn,” it’s safe to say that intergenerational relationships aren’t as cordial as they could be. Kids my age blame our parents and grandparents for global warming; in turn, the older generation describes ours as a phone-addicted pack of underachievers. The debate over which generation is better, or more important, transcends playful dinner-talk to more serious debates like Michael Jordan vs. Lebron, and even national politics, but almost all participants secretly understand that it’s pointless to try to convince an opponent so intrinsically linked to their argument. The impractical nature of the debate between older and younger people doesn’t completely disvalue comparisons between generations. The best way to understand a generation isn’t to look at or bemoan their various failures but to examine how the education they received shaped their worldview and individual qualities.

The most apparent difference between higher education now and in the past is the sheer number of students enrolled in college. Recent generations, despite the alleged prevalence of laziness and bad music among our numbers, do attend and graduate college at a much higher rate than our adolescent predecessors. Data on this trend varies, but the National Center for Education Statistics describes a 21.1% increase in college attendance by high school graduates from 1960-2017. Of course, this development reflects not younger people’s superiority, but a number of different factors like increasing financial aid and grants, the growing availability of standardized test prep and college counseling, and fewer recent high school graduates enlisting in the military. One tendency that hasn’t helped more kids enroll in college has been steadily rising tuition costs, (the College Board reports that average costs at public institutions tripled between 1989 and 2019), which have caused enrollment rates to fluctuate in recent years. Rising costs, underfunded middle and high schools, and unfair zoning still do limit enrollment in many parts of America, but the statistics accumulated over the past sixty years show a remarkable increase in college enrollment, a very positive development on the surface of the numbers. Beneath this optimism are some concerning figures: college graduates who expect to earn around $60,000 a year are left settling for $20,000 less, and the employment rate for recent recipients of bachelor’s degrees are lower than they were in 1990 when NCES first began recording the data. More importantly, studies have begun to show increased career disillusionment among Millenials and Gen-Z-ers in the workforce, one study showing that 71% of them aren’t engaged at work. There are a lot of different, conflicting studies on college and post-graduate experiences available, but they show a consistent trend: despite college’s increasing popularity, recipients of higher education in the US are finding less fulfillment after graduation than they did in prior years.

When my eyes aren’t glued to a screen, as members of older generations may think they permanently are, I do enjoy reading books, among other activities. Few novels I read in the past couple of years have had a greater impact on my worldview than Frank Conroy’s Stop Time, which began as an ordinary summer reading assignment but made me seriously reconsider my relationship with my elders. The novel is an exciting autobiography of a mischievous boy who grew up between New York and Florida in the 1940s and ‘50s, the plot beginning with his earlier memories and ending upon his arrival at Haverford College, one of the most historically prestigious liberal arts institutions in the United States. Conroy’s life was littered with mishaps and poor decisions. The son of a broken marriage, he spent many of his teenage years in a truant oblivion, rarely attending school, struggling to hold jobs, running away from home and even perpetuating an incident of sexual assault. What made Conroy’s character somewhat endearing to the reader through these trials and tribulations was his creative, enthusiastic nature which manifested itself in non-academic activities, like reading, playing music, and a number of other hobbies, like the yo-yo. Conroy began to mature on a trip to study in Europe, and he redirected his persona and increased his academic devotion, eventually becoming a college applicant worthy of acceptance at Haverford and near-admission to Harvard, arguably the best institution of higher education in the world. In short, through resilience, resolve and gain in maturity, Conroy turned his life around before he turned 20, landing himself on a wonderful educational and professional path.

Reading this happy conclusion to the book, I couldn’t help but smirk in moderate frustration. A Frank Conroy in today’s world would have no shot at Haverford, let alone Harvard. In the present, facing repeated discipline due to absences through much of high school would tarnish the best transcript beyond consideration, and a quick background check could produce police reports about a missing person as well as what would be a likely and justifiable arrest as a result of the incident of sexual assault. In the 21st century, even traveling to another continent won’t cleanse your record of these violations.

Too many people, members of all generations, mistakenly believe that social media and the internet, the tools that could be easily used to track down 21st century Conrad’s past and eliminate him from contention, have no drawbacks on their users’ behavior. It is true that technological innovation helps teenagers of today do a better job of keeping-in-touch, spreading awareness, and accessing information, but there are also the pitfalls of having most days of your childhood documented and recorded permanently. If nothing else, this innovation narrows our parameters, teaching us to fear the mistakes and experimentation that result in true growth of character, because any error at any time can result in permanent damage.

What irritated me about the ending of Stop Time compared with the standards of final months of my own adolescence and those my age wasn’t Conroy’s acceptance. I felt that, apart from the assault, he exemplified a great candidate for a top college: born into difficult circumstances, he had gradually developed a greater conscience for his actions and effort in school and had used his newfound maturity to translate his exploratory ardor into a more organized intellectual curiosity. I was most frustrated by my own timidness, the absence of Conroy-like characters in my life, people unafraid of the consequences mistakes associated with daring decisions

Today’s college admissions officers at schools like Haverford don’t look for resilient, optimistic kids with deep self-understanding. Instead, they seek model citizens, teenagers held to higher standards than many adults, adolescents who have never erred so as to produce the slightest blemish on their ridiculously extensive records and whose numbers will boost the status of the school. I’m not condoning violent or destructive behavior by teens, but it’s important to acknowledge that expecting perfection and conformity to rules at the very age that defies this approach to life is not only unrealistic, it’s damaging.

Many kids my age live astoundingly risk-free, orderly lives. Along with high college attendance rates, members of Gen-Z have fewer teen-pregnancies and drink less alcohol than their older counterparts. At a glance, these stats may appear to be the result of greater responsibility placed on teenagers, but when combined with the facts that teens my age drive and work less, this theory is proven to be false. Members of my generation spend many of our teenage years conforming to ideals and standards communicated through social media, and cowering in fear at the lasting consequences of our potential mistakes appearing on those platforms, never to be removed or forgotten. We do struggle to explore beyond the parameters of our screens and develop our own character, and ultimately take longer to grow, leading to more unfulfilling experiences early in our adult lives.

The way in which in the American adolescent experience was shaped to reflect the pessimism expressed above isn’t simple or clear cut but can be understood through exploring the context of education in the US. In 1983, over three decades after Conroy was accepted to Haverford, a committee organized by President Ronald Reagan published a Nation at Risk, an alarming report which warned Americans that their children were less proficient in basic math and reading skills than they had been at the same age. This led to national reform throughout all levels of education, including increased expectations for standardized test scores at top colleges. In general, the American approach to education was quantified, exemplified by the rapid increase of studies carried out by the NCES and teachers and schools seeking higher scores in certain skills and activities that were copied and pasted throughout the education system. The immediate effect of this change in policy paled in comparison to its impact when combined with the growth of the internet and computers in the late 1990s into the 2000s, a development which gave educators and admission officers unprecedented access to the numbers they so craved. As technology advanced year-by-year, students were transformed from individuals with unique stories and circumstances to a complicated puzzle of numbers and scores, with an emphasis on rooting out underachievement and error. The obsession over statistics did have positive impacts, too. Without it, outreach efforts in areas underrepresented in higher education would’ve been unsuccessful, and the excitement of increased enrollment today would never have been possible. Still, this growing attendance had some negative impacts on the process, overwhelming institutions with applications and forcing admissions officers to settle for quick comparison between numbers as opposed to developing an understanding of character and growth.

Today’s college process largely mirrors the combination of new interest in quantitative information and its availability. Some might argue that the ever-evolving college application creates space for a more qualitative profile. Yes, there’s the chance to explain yourself, but if you can manage to accurately describe your growth through adolescence in 650 words or less, you probably haven’t changed much. It’s also true that admissions officers seek out kids who show upward-trends in GPA, but in a country where millions of students apply to college each year, the few with the perfect numbers are often the immediate priority.

This pessimistic portrayal unfortunately does not present a straightforward solution, but it is clear that the education system in the US once again calls for a period of reform. Students who experienced Conrad’s sort of academic journey could logically achieve success in college and beyond in the 1950s, though the tremendous inequality in education, (see the demographic-based differences in college attendance) makes the overall approach of the time period undesirable. Some have proposed eliminating testing altogether, and although the once-worshipped SAT has shown a consistent correlation between wealth and higher test scores, I think it should still exist as an opportunity for students to demonstrate their proficiency in certain skills. On the other hand, I find it ridiculous that teenagers, the most undefinable, confusing people in the world, are sorted and eliminated based on what are often misleading numbers. Adolescence is for exploring, its realm of endless possibilities and opportunities for growth and development should never be restricted to a bubble.