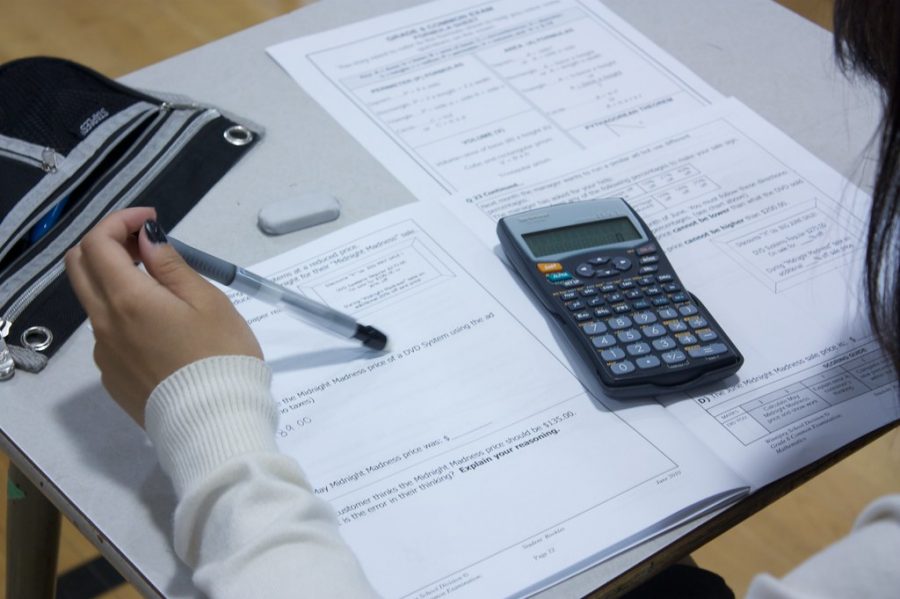 The College Board has decided to continue with the AP exams on an online platform.

The College Board has announced that it will radically alter this year’s AP exams in response to school closings amid the COVID-19 pandemic.

Though the exam will still be in May, it will no longer last several hours or be administered in a school or testing center. Instead, students will take a 45-minute at-home exam. The test will include free-response questions that can be either handwritten and uploaded via photograph or typed and submitted online.

The content of the exam will also be changed as it will only consist of information that classes have covered by early March. The College Board has also released two separate dates for each exam. Students are expected to take their exams on the first date, as the second date is for those who experienced technical difficulties or illnesses.

In terms of college applications, colleges have guaranteed that they will be accepting these scores and they will still be giving applicants their hard-earned credits. To aid students in their preparation, which, as it has been emphasized, is just as important this year despite the new changes, the College Board is offering free AP review videos on the AP YouTube channel.

“Nobody would have wanted this set-up,” said John Rearick, who teaches AP English Literature to seniors. “But I do think the College Board is doing its best to make the tests possible for students. I know Poly students have worked really hard, and many students around the country are hoping to get college credit. The College Board could have canceled the AP tests, but that would have been disastrous for students who banked on getting credit and saving their family extra college costs.”

Poly students’ responses to the new format have been mixed. For some, the alterations work in their favor.

Junior Gogo Bonjean-Alpart, who takes AP Psychology, said, “I like that we don’t have as much material on the test… I’m also better at free-response questions than multiple choice so I like it. On the other hand, some students were disappointed by the shortened test.

Senior Claire Henderson said, “Personally, I am disappointed that I can’t be challenged with the whole AP because I’ve been working very hard.”

Junior Natalie Nocella, who takes AP English, agreed. She said, “it provides students with less of a chance to display their abilities by limiting the curriculum.”

Other students are feeling some anxiety regarding the new format.

Junior Gauri Purohit, in AP US History, Calculus BC, Physics, Spanish and Computer Science A, said, “Though I was glad to hear about the modifications made to the exam, I soon realized that there were a lot of things that were either very vague or confusing about the 45-minute exams, such as the ‘plagiarism detection software’ and how the curve was going to be affected by the exam being online and open note. I’m finding that a lot of my fellow classmates and I are also apprehensive about the difficulty of the exams, and how they might become much harder because of the changes being made. Of course, the College Board is doing everything they can to reassure students that testing will be fair, but I am still nervous about how the exams will go.”

The College Board is allowing students to use books and notes during the exam, they are just prohibited from receiving outside help from another individual or person online. The way they are confirming this academic integrity is still unclear.

The AP exams are one of many changes being made this school year due to the coronavirus pandemic. This is certainly unprecedented territory and, therefore, as students, we can only hope that we will receive more information soon regarding the AP exams and our academic lives in general.