Motoko Maegawa Closes this Chapter of Her Poly Story 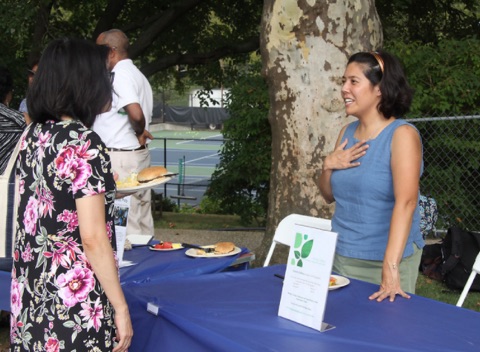 Almost two years ago, Maegawa came to Poly as an unfamiliar face, but she quickly became someone that many students could trust and confide in.

As one student said, “Maegawa brought a lot to the school that many people have failed to do in the past and I will be sorry to see her go.”

When she first assumed the position of Director of Diversity, Equity, and Social Justice in September 2018, Maegawa’s priority was to truly understand the “Poly story” of each individual member of the Poly community. She wants everyone to know that “they have a story, their story is important, and their story is going to inform how we make decisions” that affect the community.

She especially learned the importance of individual “Poly stories” during her first year as Director of Diversity when the blackface incident occurred. The experience taught Maegawa the importance of reaching out directly to specific groups when they are hurt, a lesson that she has applied to her own response to COVID-19 as American xenophobia and anti-Asian racism increase.

She believes that she has ultimately benefited from our black peers who led us through that “damaging and painful” time. As Maegawa stated, “The biggest lesson I took away from it is what can I do with my role to help build solidarity and… empathy between everybody in the community.”

As Maegawa continued to see shifts in the community and its members, she also had the opportunity to implement positive change through new programs. Apart from organizing this year’s Community and Diversity Days for the Middle and Upper schools, Maegawa is a co-founder and director of Poly’s Institute for Ethics and Leadership (IfEL), a facilitator of Equity Coffees, and an active participant of numerous diversity events in the Lower School.

Maegawa does not take credit for all of the diversity-related accomplishments she has witnessed at Poly. She said that the school has seen a dramatic increase in affinity and alliance groups because of Middle and Upper School students who were willing to lead and stand up for their values. Faculty and staff have also taken the initiative to further their professional development and lead SEED groups (peer-led professional development for other staff). Furthermore, Poly’s administration has taken steps towards increased diversity, equity, and social justice through the formation of a Board of Trustees Subcommittee.

As she returns to Chicago, she hopes to use what she has learned from the Poly community to continue to “[hold] the whole administration, faculty, and staff members accountable for what [they] do with diversity and equity issues.”

There is no doubt that Maegawa will miss the Poly community. Maegawa said, “It’s really sad because there’s so much stuff that I am in the midst of with so many incredible people that we’re collaborating on and it’s sad to leave people behind, it’s sad to leave the initiatives that we’re working on behind.”

She leaves Poly’s community with the following words: “So much of what inspires me is that students and faculty bring so much of their true selves to school every day that they can and it’s not easy to do that; it can be very vulnerable to bring your full self to who we are as a Poly community and it’s what makes us strong as a community; when every member knows who you are is important and please share that.”