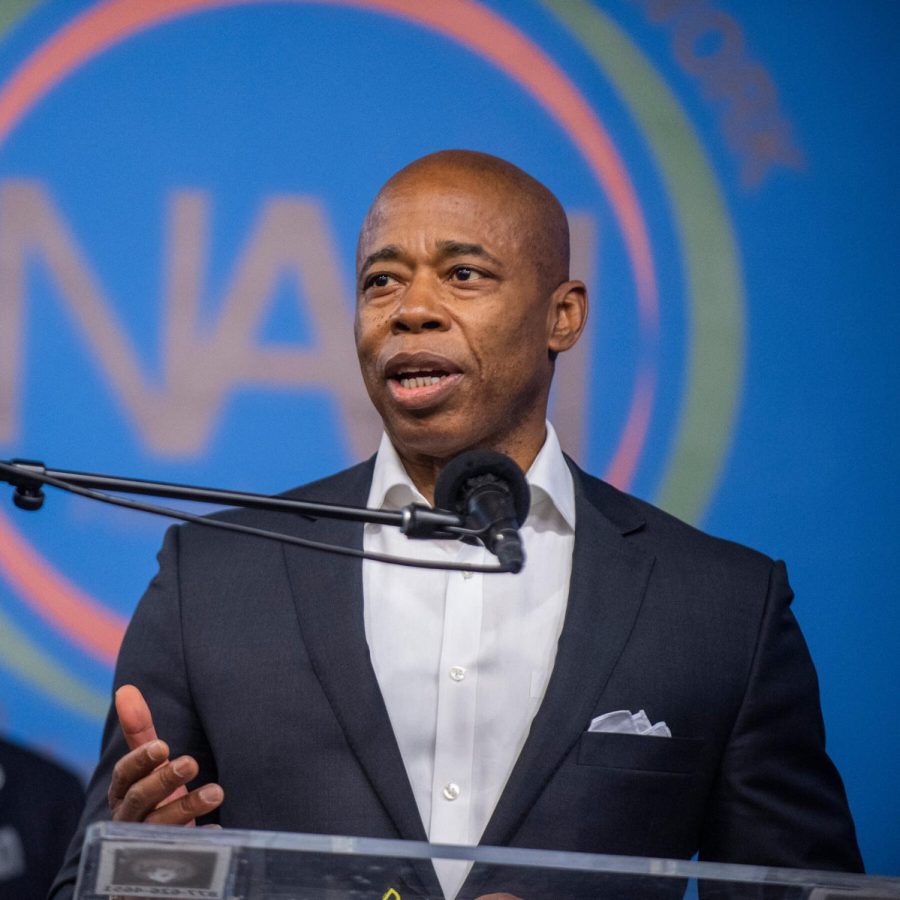 As the 110th mayor of New York, Eric Adams, reaches his six-month milestone, I seek to review his contributions as mayor thus far. Democrat Adams’ four-year term began on January 1, 2022. He is the second black Mayor of New York City, a former police officer of 20 years, and served in the New York State Senate from 2006 to 2013. Since taking office, his most significant impact has been his tough-on-crime approach.

First, I seek to assess the topic of his campaign focal point: the priority of easing crime and improving public safety. I believe that thus far, he has delivered on his promises; since taking office he has removed 1,800 guns off the streets of New York and has followed through with various initiatives. Additionally, Adams promised to bring back New York’s controversial plainclothes anti-crime police teams during his campaign. The former Police Commissioner dissolved the unit and said that its officers were behind more complaints and shootings compared to other sectors. Adams has followed through with his words: “We are going to learn from the past so we don’t repeat the past, and we will never use, under my administration, any abusive targeted tactics that goes after people based on their ethnicity and where they live,” he said on MSNBC. Although, crime across the city, however, was up by 36.5 percent in March 2022 compared to March 2021; according to NYPD statistics, robberies are up by 48.4 percent, felony assaults up by 17.5 percent, burglaries up by 40 percent, grand larcenies up by 40.5 percent, and grand larcenies auto up by 59.4 percent.

As an initiative to direct the homeless to shelters, Adams implemented a zero-tolerance policy on people sleeping in subway cars and destroying homeless tent societies. According to the Coalition for the Homeless, homelessness in New York City is at its highest levels since the 1930s, during the Great Depression. Upper School history teacher Alex Carter said, “He should invest in better housing for people who don’t have it instead of putting more police in the street.” I also think that more funding for investments in permanent housing and shelter beds would aid long-term results. According to Adams, he has begun a plan to initiate this: “We are making the largest investment in street outreach and low-barrier beds that a city administration ever has,” Adams announced in a speech at the mayor’s office in late April.

Adams has been in major support of social and educational programs designed to steer children away from a life of crime and violence. He has also decided to crack down on certain misdemeanors  such as public drinking or smoking as well as shoplifting. But perhaps the most upright policy Adams has brought back the plainclothes police sector, intending for it to confiscate drugs from high -rime neighborhoods without repeating abusive “stop and frisk” tendencies that were in action during the terms of former mayors Rudy Giuliani and Michael Bloomberg. In an interview on 60 Minutes in late April, Adams said, “we were so far in the wrong direction of really abusive policing in our city and country, that people got so fed up that they turned the ship too far in the wrong direction.” With this, Adams still believes that “there is a middle ground.”

Adams also strives to inspire tourists and commuters to return to the city after the two brutal years of COVID we all lived through. He wants people to get back on the streets and start spending money again, in turn bringing back the cities once bombing economy. Forty percent of workers have reportedly returned to their offices since his inauguration on New year’s day. Junior Lucas Hunter said, “all our doctors and healthcare workers, and everyone involved in the fight get most of the credit.” In addition, Dr. Carter was pleased how Adams “made a commitment to listen to the science” regarding COVID — for example, lifting mandates once it was appropriate and how all establishments were required to check vaccine status.

Ultimately, I approve of the job Eric Adams has done so far. Looking towards the future the city will observe if his mayorship initiatives lead to making the city a safer place for all demographics. And after years and COVID devestion and poor leadership under former mayor Bill de Blasio I agree with Dr. Carter that “it was time for a change.”